Many parents may be familiar with the experience of having rather detail oriented children correcting them in public over insignificant details. It is frustrating for several reasons- it can derail a conversation. It's distracting. In some cases it makes it sound like the adult is lying or that the child thinks the adult is lying. Some adults (me, for instance), do not appreciate being contradicted over insignificant details.

This is the sort of thing I mean:

You generalized the time because also need time to get the kids to the sitter, and/or you were told to come 30 minutes early, and/or you're going to get some x-rays and labs done first for reasons you are not yet ready to divulge. Whether the appointment itself is scheduled at 2 or 30 minutes later has nothing to do with the point of your statement- it is a fact that this appointment means you cannot commit to something else shortly before hand.

*While visiting with a friend you say something like "Yesterday at lunch, Riley told me that his favorite storybook character was Beowulf," and the pert 8 y.o. big sister will say, "No, Mommy, remember, it was the day before yesterday, and it was at breakfast?!"
The precise time and meal in this case are accidental, not essential. It is not necessary for this to be played up as a discrepancy, because it really doesn't matter.

*You tell a friend you are going to go out to eat after you visit the doctor and dentist, and your child corrects you because 'we are going to the dentist first and *then* the doctor.'

*I once told somebody we had a white and grey cat, and one of the children instantly corrected me with, "No, it's a grey and white cat."

It was perfectly true that our cat Lily was more grey than white. But I was just making general conversation, not filling out a description for a lost pet, so it really didn't matter.

Haven't  we've all been witnesses to the uncomfortable sort of conversation where one spouse is telling a story and the other is following along behind with a spritzer of contradictions:

Or worse, they both do it:

Meanwhile, not one of these tiresome details actually matters to the story.

I wanted them to stop contradicting me over minor details.  More importantly,  I did not want my children to grow up to annoy their spouses and people who listen to them, constantly interrupting others with insignificant corrections.

Of course, I didn't want to teach them that the truth didn't matter, but I felt like they did need to learn some discernment. It is good, of course, to be in the habit oneself of being precise in speech and recounting of details, but as in many matters, in examining oneself one uses the gimlet glass, while using the mantle of charity in assessing the communications of others.  I just wasn't sure how to go about teaching them not to contradict over insignificant details while not undermining their respect for truth, particularly when part of the problem was just that- being young, they did not yet know how to distinguish insignificant from essential details.

I was delighted when I found a description and solution to this issue in reading Charlotte Mason:


The Realm of Fiction -- Essential and Accidental Truth. -- What shall we say of fable, poetry, romance, the whole realm of fiction? There are two sorts of Truth. What we may call accidental Truth; that is, that such and such a thing came to pass in a certain place at a certain hour on a certain day; and this is the sort of Truth we have to observe in our general talk. The other, the Truth of Art, is what we may call essential Truth; that, for example, given, such and such a character, he must needs have thought and acted in such and such a way, with such and such consequences; given, a certain aspect of nature, and the poet will receive from it such and such ideas; or, certain things of common life, as a dog with a bone, for example, will present themselves to the thinker as fables, illustrating some of the happenings of life. This sort of fiction is of enormous value to us, whether we find it in poetry or romance; it teaches us morals and manners; what to do in given circumstances; what will happen if we behave in a certain way. It shows how, what seems a little venial fault is often followed by dreadful consequences, and our eyes are opened to see that it is not little or venial, but is a deep-seated fault of character; some selfishness, shallowness, or deceitfulness upon which a man or woman makes shipwreck. We cannot learn these things except through what is called fiction, or from the bitter experience of life, from the penalties of which our writers of fiction do their best to spare us. The Value of Fiction depends on the Worth of the Writer. -- But you will see at once that the value of fiction as a moral teacher depends upon the wisdom, insight, and goodness of the writer; that a shallow mind will give false and shallow teaching; and, therefore, that it is only the best fiction that is lawful reading, because in no other shall we find this sort of essential Truth. Fiction affects our Enthusiasms. -- Not only are morals and manners taught, but our enthusiasms, even our religion, are kindled by fiction, whether in prose or verse.… Vol 4 pg 160-161

Also from the Parents' Review, an article titled "Imagination in Childhood" March 1916 (v. 27, no. 3), p. 202-207 In this article Miss Mason is refuting Maria Montessori's emphasis on facts vs imagination, so should be understood in that context:


"Would we describe the aim of our Lord when He "taught daily"—we ask, was it not to teach men the reality of things unseen, the unreality of the things they laboured for? To this end He used every munition by which the case-hardened imagination of man is successfully attacked, symbol, tale, legend, such consummate poems as that beginning, "Consider the lilies of the field." Mere circumstantial or accidental truth did not come into the question; a tale of the imagination served to hold the essential truth, and we do not stop to inquire whether a certain man did or did not go down to Jericho."

Accidental Vs Essential Truth!  The problem had a name!

Now, Miss Mason was speaking of literature here and addressing a philosophy of education that taught that children should only read things that were strictly true. Yet, as she says elsewhere, education is the science of relations. Essential truths have many applications, and in sharing this truth about literature, Charlotte Mason also put her finger on both the problem and solution for a common issue in parenting. The solution is to teach them discernment and correct judgment (as well as tact and social graces) by teaching them about this difference between accidental and essential truths.

Enlist your children in addressing their own cure- explain accidental vs essential truths, and ask them to stop and think before they contradict somebody- is this the right time and place for that correction (parents also would do well to learn this), and is this corrective detail important to the story? Does it change anything important, the essence of the story or comment?

Give them little stories to practice on.  While doing the dishes together or riding in the car somewhere or taking a walk, ask them to compare two stories. Here is a tale with no facts in it:

The Ant and the Grasshopper
In a field one summer's day a Grasshopper was hopping about, chirping and singing to its heart's content. An Ant passed by, bearing along with great toil an ear of corn he was taking to the nest. "Why not come and chat with me," said the Grasshopper, "instead of toiling and moiling in that way?" "I am helping to lay up food for the winter," said the Ant, "and recommend you to do the same." "Why bother about winter?" said the Grasshopper; we have got plenty of food at present."
But the Ant went on its way and continued its toil. When the winter came the Grasshopper had no food and found itself dying of hunger, while it saw the ants distributing every day corn and grain from the stores they had collected in the summer. Then the Grasshopper knew: It is best to prepare for the days of necessity.


Here is a tale that is entirely factual:

One morning after I got up and got dressed, I called my mother and discussed a problem regarding our farm key, the electric company, and a new lock. I gave her the key and she talked to the company and worked things out. Then we went to town and bought holiday baking supplies. We went out to eat. We got her glasses fixed. We came home. The children put away the groceries. Then they put out some more Christmas decorations, and we read a book.

Be on guard against being over-earnest and over-talkative (I offer this as a warning from somebody who more often failed at it rather than as wisdom learned from success), a little of this sort of chatter from Mother goes a long, long way.  It's better to stop a little too soon than much too late. 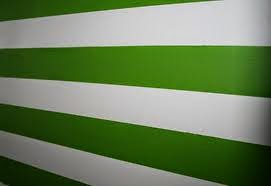 Daedalus, or, Science and the Future, by Lord Haldane.
Posted by Anne White at 9:54 AM 3 comments: