The notes about the song are not necessary to learn the folk song. They are provided because the background interested me, and I thought some others might enjoy it as well.

My grandfather's clock was too large for the shelf


So it stood ninety years on the floor.
It was taller by half than the old man himself,
Though it weighed not a pennyweight more.

It was bought on the morn of the day that he was born,


And was always his treasure and pride.
But it stopped, short, never to go again
When the old man died.

In watching its pendulum swing to and fro,


Many hours had he spent while a boy.
And in childhood and manhood the clock seemed to know,
And to share both his grief and his joy;
For it struck twenty four when he entered the door
With a blooming and beautiful bride,
But it stopped short, never to go again
When the old man died.

My grandfather said of those he could hire


Not a servant so faithful he found.
For it wasted no time and had but one desire;
At the close of each week to be wound.
And it kept in its place- not a frown upon its face-
And its hands never hung by its side.
But it stopped, short, never to go again
When the old man died.

It rang an alarm in the dead of night-


An alarm that for years had been dumb.
And we knew that his spirit was pluming for flight,
That his hour for departure had come.
Still the clock kept the time with a soft and muffled chime,
As we silently stood by his side
But it stopped, short, never to go again,
When the old man died.

When The Ice-Worms Nest Again
The poet Robert Service included one paragraph (the chorus) of this song in one of his novels of life in the Great North around 1911-The Trail of '98: A Northland Romance- and it doesn't seem to have been a true folk song before then.  By the 20s and 30s the full song had become popular with the trappers and traders in Alaska and Canada, and  Wilf Carter ('Montana Slim') recorded it in the forties.

A 1994 Polygram CD says in the liner notes that it was 'written by Norma Booth, with co-authors from Le Pas, Manitoba, and published in 1949" and that it 'dates back to an old folk song from the Yukon Gold Rush."
William Butler Yeats published this in 1889 in his The Wanderings of Oisin and Other Poems. He said "an attempt to reconstruct an old song from three lines imperfectly remembered by an old peasant woman in the village of Ballisodare, Sligo, who often sings them to herself."

In a field by the river my love and I did stand,
And on my leaning shoulder she laid her snow-white hand.
She bid me take life easy, as the grass grows on the weirs;
But I was young and foolish, and now am full of tears. 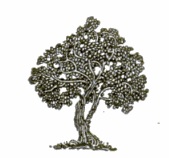 Alternate suggestion for Ice Worms:  Young Man From Canada:
I'm a young man from Canada
some six feet in my shoes
I left my home for Cariboo
on the first exciting news
In New York City I met a gent
introduced himself to me
Said I, "I come from Canada
so you can't come over me."

I sailed on the crazy Champion
all in the steerage too
I thought I'd got among the fiends
or other horrid crew
If you had only seen them feed,
it quite astonished me
And I'd been years in Canada
in a lumberman's shanty

With seventy-five upon my back
I came the Douglas way
And at an easy-going pace
made thirty miles a day
I landed here without a dime
in 1863
But I'd been years in Canada,
'twas nothing new to me

In best of homespun I was clad
so I was warmly dressed
The wool it grew near Montreal
in a place called Canada West
On Williams Creek they called me green
and Johnny come lately
But, ah, I came from Canada,
I ain't from the old country

I started out my mining life
by chopping cord wood
But I was born with axe in hand
so I could use it good
My chum was from the state of Maine,
somewhere near Tennessee
But, ah, I came from Canada
and he couldn't chop with me

In a short time I'd made a raise
and bought into a claim
There they called me engineer or carman,
'tis the same
The drifters then did try it on
to boss it over me
Said I, "I come from Canada
and I'm on the shoulderee."

In two weeks I got a div
which drove away all care
I went over to the wake-ups
and had a bully square
I danced all night till broad daylight
and a gal smiled sweet on me
Said I, "I come from Canada
and I'm on the marry-ee."

Now all young men who are in love
and sure I am there's some
Don't count your chicks before they're hatched
or they may never come
O when I asked that girl to wed
she only laughed at me
"You may come from Canada
but you can't come over me."